In the United Kingdom the COSMIC organization is represented by Peter Fagg and Colin Hammond. 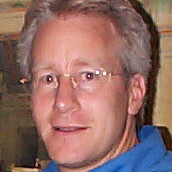 Colin Hammond has spent much of his 30 year career as an independent IT project and programme leader.  He has worked for numerous organisations in the private and public sectors, including KPMG, Aviva, BAT, Sainsburys, Waitrose and the Open University.
He has used functional sizing techniques for the last 10 years to great effect in order to bring greater certainty to software projects.  More recently he has become an advocate of the COMSIC methodology, recognising its superiority and suitability to modern software development techniques and Agile development projects.  Colin is now the CEO of Scopemaster Ltd, where he promotes the adoption of automated analysis for sizing and early quality work as the most effective ways of bringing certainty to software development.

Peter Fagg has been involved in the COSMIC Organization from the early discussions in Mt Tremblanc, Canada through its formation in London in 1998 to the present time.
Initially he served on the IAC and the MPC but left the IAC to concentrate on the work of the MPC to produce the Measurement Manual and has participated in it’s subsequent updates and on production or review of many other documents and Case Studies supporting the method.
He was a member of ISO/IEC/JTC1/SC7/WG12, the work of which culminated in the publication of ISO/IEC 19761, the international standard for the COSMIC method.
Peter has provided training and consultancy on the use of COSMIC to many companies in many European countries.
His current interest is to automate the measurement of the size of requirements, especially to promote its use in Agile.
Outside of COSMIC Peter has been Chairman of BSI/IST/-15 Software Engineering – the UK body responsible for standards in the UK. He has represented the British Standards Institute  at JTC1/SC7 – Software and Systems Engineering in various roles, including Head of UK Delegation, Convenor of WG42 on Software and Systems Architecture, and UK Expert to JTC1/WG6 – Software Metrics, the group responsible for the maintenance of the COSMIC standard. He has registered and represented the COSMIC liaison to SC7 at each meeting he has attended.
He is current Chair of the UK Software Measurement Association, a member of Nesma and manages the UK COSMIC special interest group.
You can reach Peter at peter.fagg (at) cosmic-sizing.org.